When my friend asked me if I could get him out of his jury summons, I responded by saying, “Iraq or Ocala? Where do you want to serve your country?” It’s not quite that simple, but I was trying to make a point. He looked at me funny and asked me what in the heck I was talking about.

That’s when I told him that America only asks two kinds of service from her citizens from time to time. One is military service and the other is jury service. I reminded him that we all hold Americans serving in the military (and who have served in it) in high regard…and we should. And I told him that I feel almost the same way about Americans who dutifully honor their jury summons and are willing to serve on a jury when their country calls them to do so (understanding and acknowledging that Americans who serve their country in the military serve longer and at great risk). I told him that in and for America, we should be willing to serve when we’re asked to serve, where we’re asked to serve and in whatever capacity we’re asked to serve. By then he was starting to understand what I was talking about.

I also went on to ask him if he were falsely charged with a serious crime or if he were severely injured by a careless driver whose insurance company denied his claim for medical bills, lost wages, etc. or otherwise a party in court entitled to a jury trial, wouldn’t he want a jury made up of responsible citizens who took an sworn oath to be fair and impartial deciding his case. He said, “Certainly.” The more I talked, the more his resistance to honoring his jury summons melted away.

I understand some, maybe most people’s reluctance to cheerfully show up at the courthouse on a Monday morning in response to a jury summons knowing they might be selected to serve on a jury for days or weeks. Some people have jobs, some are in college or vocational school, some are stay-at-home parents with young children and some are retired. We all have routines that we’re comfortable in and responsibilities we have to handle. And sometimes we view a jury summons as an inconvenience, a disruption of our routine or an interference with our job, school, parental responsibilities or retirement activities. Admittedly, some people have health problems, hardships or other good reasons that justify them being excused from jury service and the judge will excuse those people for those reasons.

Nevertheless, I always remind people (when I’m given the opportunity) that they are very fortunate to live in America with a Justice System that they have the privilege and the responsibility to be a part of from time to time. America is one of very few countries in the world which guarantees her citizens a jury trial by their peers in almost all criminal cases (See Sixth Amendment to The United States Constitution) and in many civil cases. This is a right we should all cherish and be happy we have…if for no other reason, in case we need it for ourselves or a family member some day. And to show our appreciation for this very special right, we should all be willing to dutifully honor our jury summons and serve fairly and impartially on a jury for others when called upon to do so. When you look at jury service from that perspective, I think you will agree with me. My friend did. I don’t know why bad things sometimes happen to good people. It’s one of the mysteries of life.  But dealing… The first quarter of 2020 has indeed brought with it some very challenging times. As I began to reflect on… 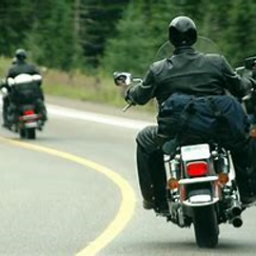 The Law Office of Daniel L. Hightower, P.A., Lawyer is experienced in Work Accident Law. Below are a few of our… The Mission of Law Office of Daniel L. Hightower, P.A., Lawyer “Our mission is to represent deserving clients and recover the… We are Honored to Sponsor the Cracker Art Show – Marion Cultural Alliance, Brick City Center for the Arts

The first cattle in North America arrived in Florida in the early 1500’s with Spanish explorers.  Some escaped and ran… Challenging Times, Moving Forward, Finding the New Normal Change is inevitable and it can be scary sometimes. Our duty as…

The good, honest, injured working men and women of Florida deserve better… In addition to car accident victims, I represent… As a lawyer who has been helping and representing people seriously or severely injured, or family members of people killed, in motor vehicle crashes and work accidents since 1976, I am more than a little bit concerned about all the lawsuit results and recoveries that we read, see, and hear about from different information sources. The Mission of Law Office of Daniel L. Hightower, P.A., Lawyer “Our mission is to represent deserving injured clients and…

We invite you to watch the following video to learn more about the new client process at Daniel L. Hightower,…